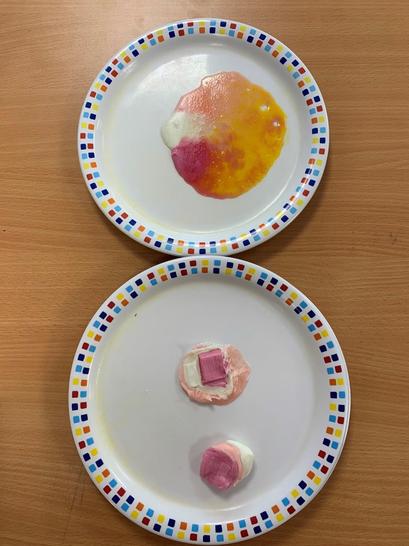 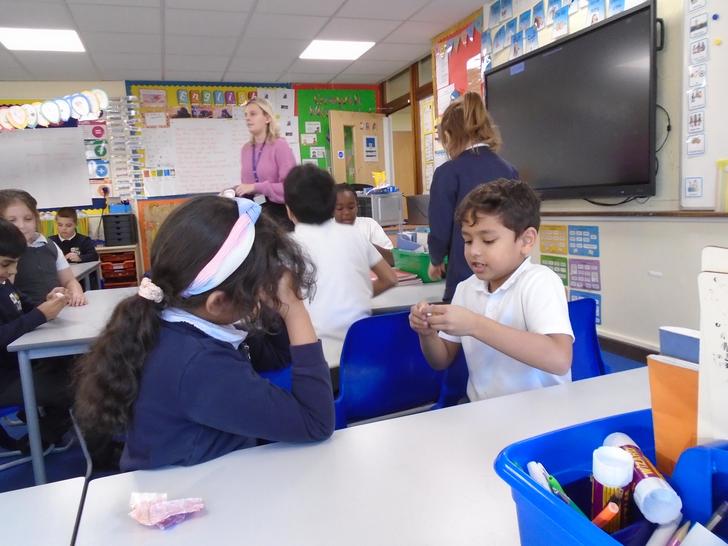 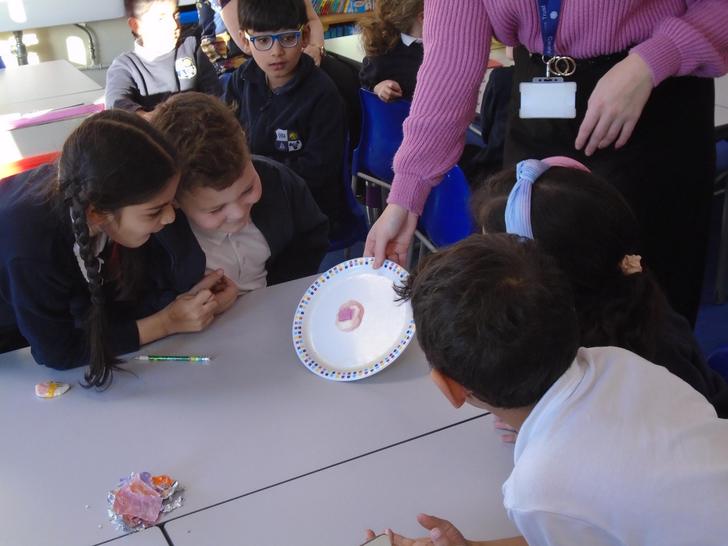 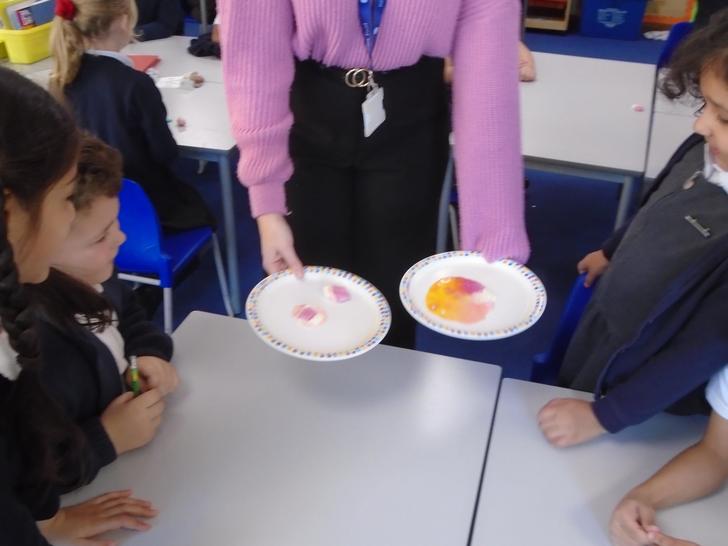 In Science today we were exploring the three different types of rocks – sedimentary, igneous and metamorphic. Using starburst, we experimented to see how these rocks are formed.

Sedimentary rocks are formed by layers pressuring on top of each other, so we places 3 starburst on top and squashed them as much as we could!

Igneous rocks are formed by magma from volcanoes cooling down, so we heated them in the microwave to let them melt and then had them cool down.

Metamorphic rocks are formed by heat and pressure, so we melted them in the microwave and then squashed them down!

It was very fun, and something you can do at home!

We have started our new history topic this week ‘Stone Age to Iron Age’.

We became mini historians and used artefacts and evidence to discover how ‘Otzi the Iceman’ lived! It was very interesting as we found out he had to use the skins of animals to keep warm! 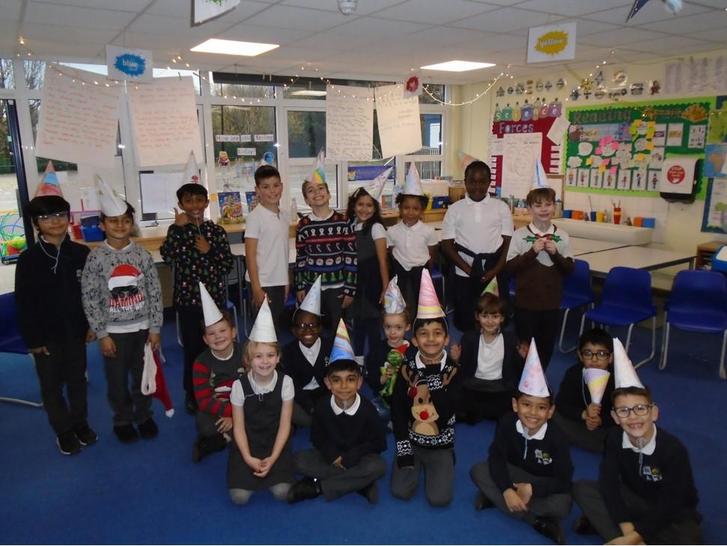 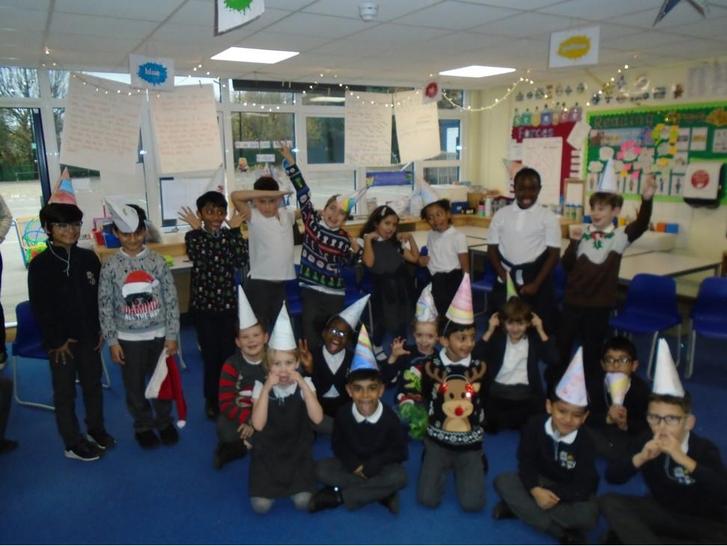 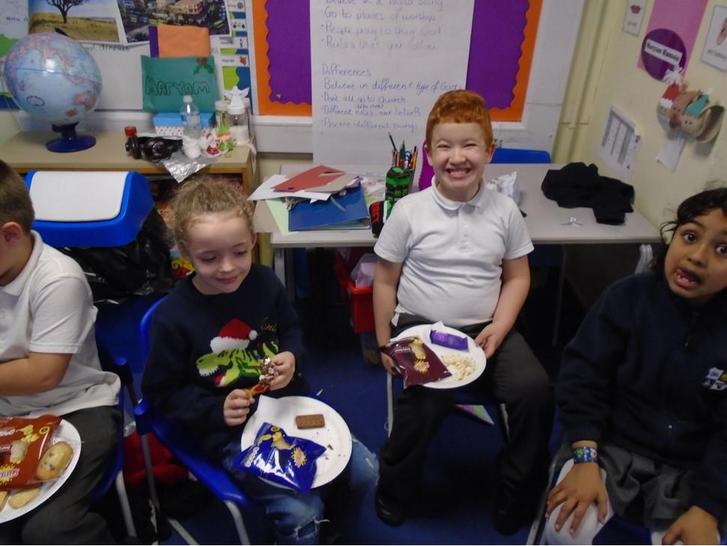 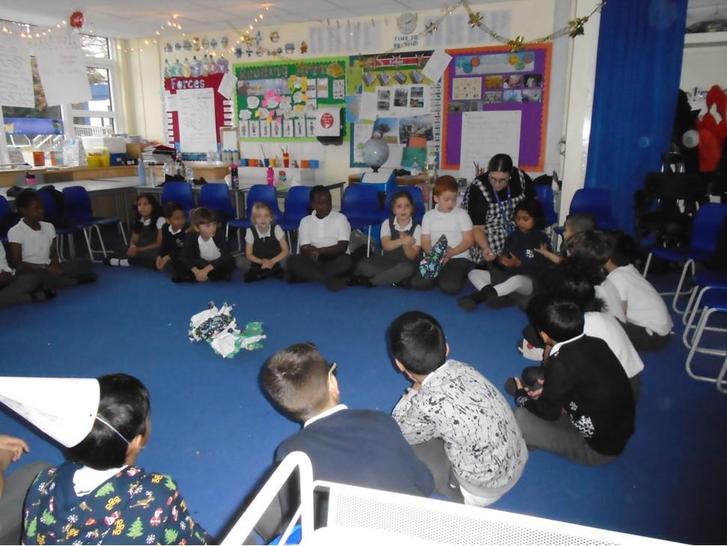 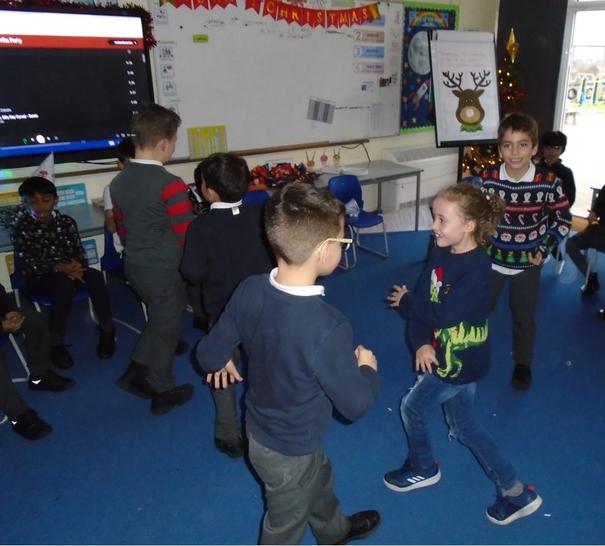 A festive time in Year 3 this week as we had our Christmas Party - playing musical statues, musical bumps, Pass the parcel and pin the nose on Rudolph! We also made party hats to wear.

So much food to eat! Everyone worked really hard this term, and have earnt a well deserved break. Have the best holidays and see you in January!

In science today, we were investigating the strengths of magnets in different ways. We explored how many paper clips the magnet could hold – which was 81! Also, at what length away the paper clip was to the magnet until it attracted together. 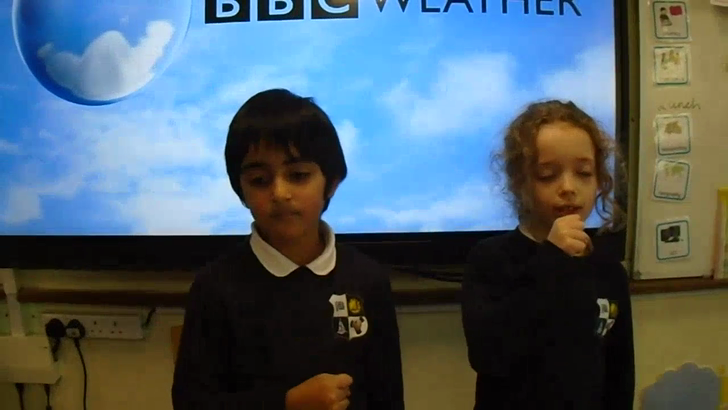 In Geography we have been comparing the weather between England and Nairobi. The children created a weather report to explain the differences in the two!

On Friday we designed our own Kenyan masks and drew them on polystyrene. Next week we are going to print them on our painted paper! 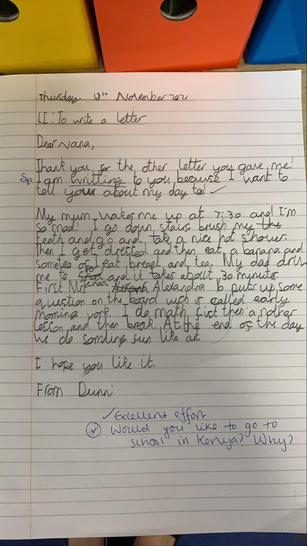 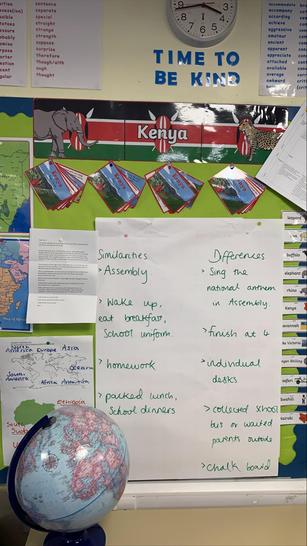 This week in Geography we revived a letter from a girl in Kenya, telling us all about her day at school!
We wrote our own letters back, telling her about ours! 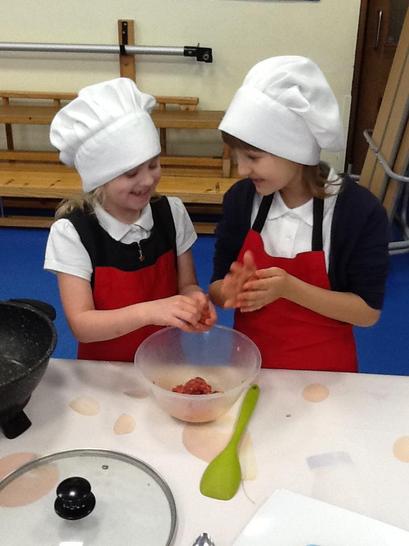 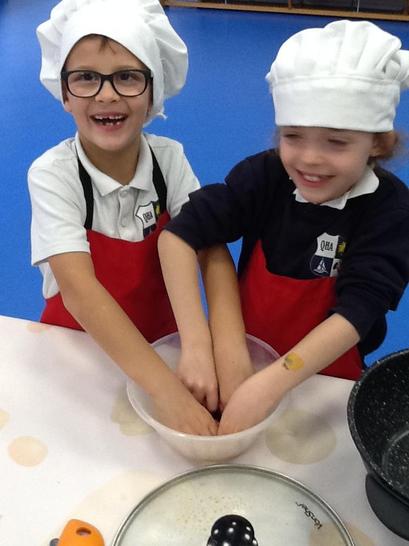 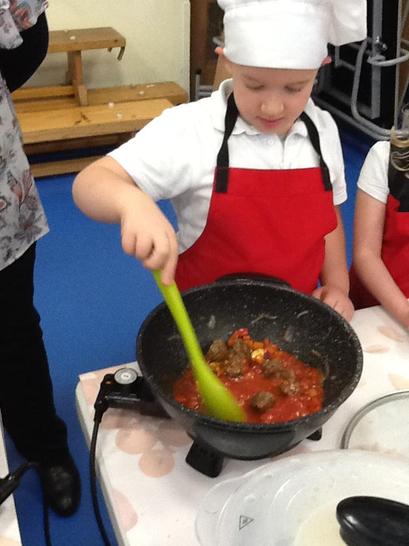 We enjoyed making Spanish meatballs when our visitor from roots for food came in!

We even got to try it!

We have started our new English topic based on the story 'Grace and Family', which links to our Geography topic, exploring Kenya.

The children have enjoyed being immersed in the story and are excited to innovate it into their own version! 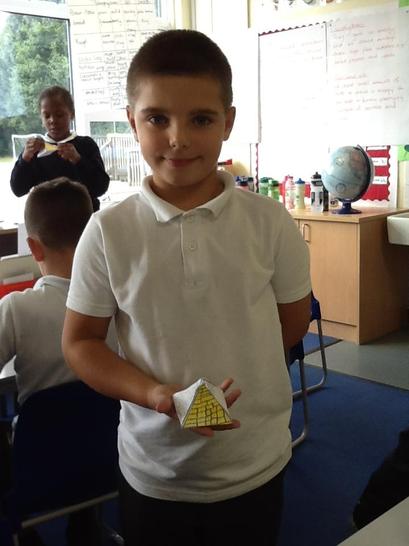 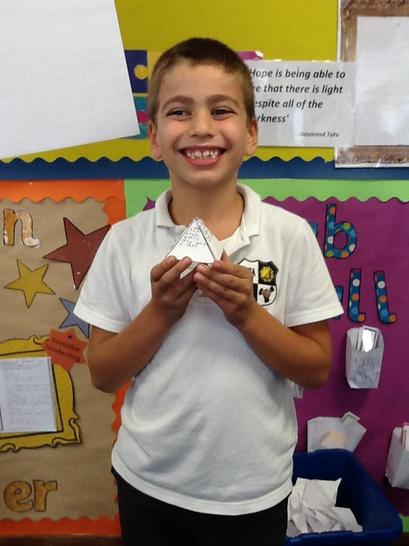 In History, we have been exploring the pyramids and looking at how and why they were built. We even made our own pyramids and wrote our facts on them, which are now on the working wall! 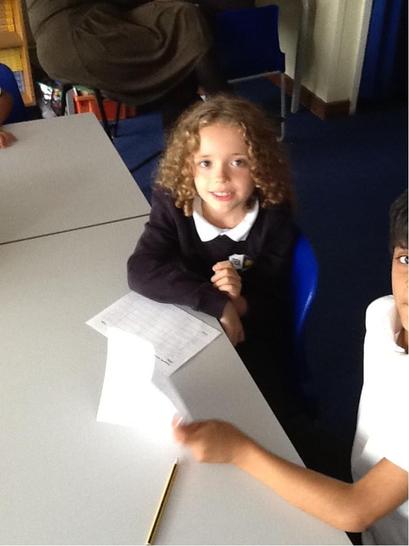 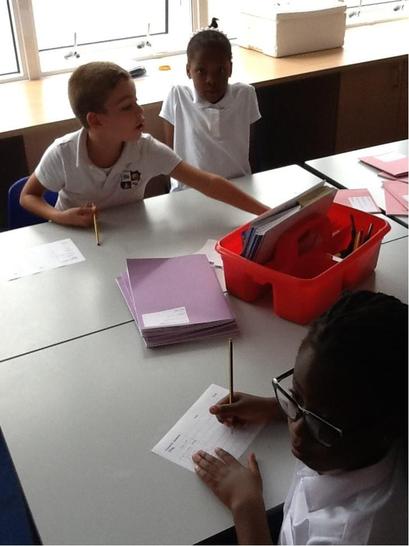 This week we have started reading Jack and the Beanstalk and the children have enjoyed coming up with actions to tell the story. In History, we have started our topic of Ancient Egypt, learning about the importance of the River Nile. It has been a great start to the year!